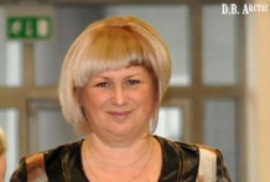 I got my first judging license in 1982. I have judged many times in Finland,Norway,Sweden including Clubs Shows at the European Dog Show and World Dog Show,Denmark,Spain,Italy, Portugal,Slovenia,Czech Republic,French Champion Shows in Strasbourg,Lion and Paris,World Dog Show in Poland, European Dog Shows in Croatia and Hungary, Latvia, Estonia, Russia, Canada, Island and at the biggest Royal Easter Dog Show in Australia. I graduated the Economics Faculty of Vilnius University. Since 1993 I am President of Lithuanian Cynological Amateur Union and Lithuanian Bull Terriers Club. I breed Bull Terries and Japan Chins. It will be my second vizit to Croatia and I would like to thank you again for your invitation