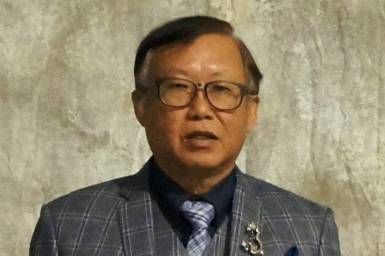 Mr. Chan was the President of the Malaysian Kennel Association for two terms and has served as a director of MKA from1994 to 2009. For his contributions towards the MKA, he was made a Honorary Life Member.  A qualified Examiner for MKA judges Training Scheme and has served in the capacity of Chairman of Judges and Steward Sub Committee. Internationally he was a delegate for the FCI and AKU conferences, served in the Committee for AKU Judging Manual. In 2013, Mr. Chan was given the honour by FCI under the directive from President FCI Asian Section to inspect the new Iran Kennel Club.

He has shown or bred Pekingese, Pomeranian, Miniature Pinscher, Pug, Miniature Poodle, Whippet, Toy Poodle, Lhasa Apso  and Smooth Fox Terrier. He has shown many Champions and BIS winners. He is a licensed International All Breeds Judge of the MKA, AKU and FCI. He had given CACIB, CAC, CC or judged in 65 countries around the world in the continents of Asia, Australia, Africa, Europe, North and South America. Some of the biggest dog shows he has judged were the Canadian Kennel Club Purina Invitational 2010, World Dog Show 2009, Brisbane Royal 2004, Adelaide Royal 2006, Hobart Royal 2007, New Zealand National Dog Show 2003, the National Dog Show in Canada, Champion of Champions at the Kennel Union of South Africa and Pedigree/Ozdog Top Dog of Australia 2004.